BIS was the first Local Record Centre in Wales and was established in 2000 covering the counties of Breconshire, Radnorshire and Montgomeryshire. It was one of 3 pilot record centres in the UK, (the others being in Cheshire and Northeast Scotland), funded by the partners and the Esmee Fairburn Trust through Wildlife Trusts UK. These pilot record centres were set up as 'nodes of the National Biodiversity Network (NBN) and would adopt the standards of NBN' (Linking LERC’s Project). The BIS Memorandum of Association was signed by the founding members in 2000 and in 2001 the 3 staff started populating the species and habitat databases. BIS celebrated its 20th Anniversary in 2021.

The Biodiversity Information Service provides a mechanism for collating, sharing and utilising the wealth of biological data and knowledge, which exists in this part of Wales. The aim of BIS is to make information on wildlife, their habitats and important sites, readily available to those who need it. This will ensure that decisions, which may affect the natural heritage in the Powys and Brecon Beacons National Park area, are made with the best available knowledge.

BIS was set up as a 'Private Company Limited by Guarantee Without Share Capital' and is therefore a 'not for profit' organisation. It is funded by Service level Agreements with its partners and by providing a professional commercial service to other environmental organisations and consultants.

BIS is now part of the first national network of LERCs in the UK, known as Local Environmental Records Centres Wales, which aims to provide seamless biodiversity information to the whole of Wales. South East Wales Biodiversity Records Centre (SEWBReC) was established in 2004. North Wales Environmental Information Service (Cofnod) has been providing services since 2007 and finally the network was completed in autumn 2007 when West Wales Biodiversity Information Centre (WWBIC) went 'live'. The LERCs work closely together and have a Shared Vision. 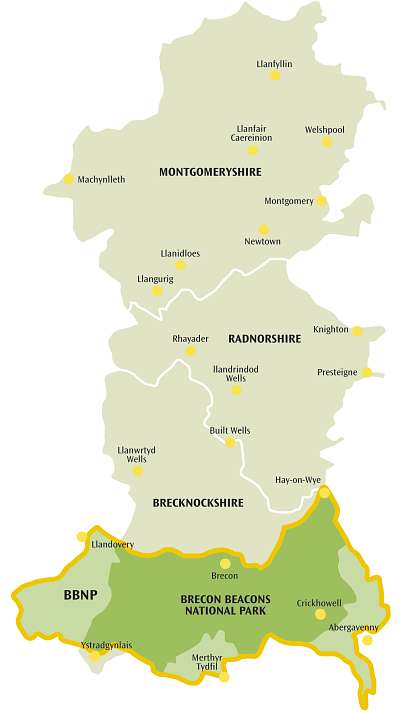 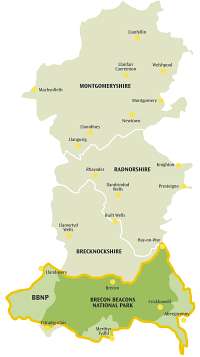 BIS brings together a wide range of biodiversity, habitat and geodiversity data supplied by organisations, groups and individuals. This includes -

BIS holds these datasets with permission from the data owners and makes them available to partners, local recorders, environmental consultants and the public via an online portal called Aderyn.

In the past wildlife information was held by a large number of organisations and individuals in various formats, including paper recording cards, and so was not readily accessible. Since 2001 BIS has collated and electronically stored over 2.7 million species records (January 2021) and this information is now readily available to its partners, local recorders, commercial environmental consultants and the public. The wildlife records are stored electronically in a Recorder 6 database, the JNCC industry standard database application. Spatial datasets including habitat and local and designated site information are held in ArcMap Geographic Information System format.

Bringing all this information into one system enables clear presentation of the data for all our users and also facilitates its analysis and manipulation. We aim to provide a rapid and comprehensive response which enables biodiversity to be taken into account for development, operations and nature conservation. For more information on how BIS uses the data see Manager Annual Report to Members and BIS Products and Services.

The information on habitats and species comes from many sources such as the former Countryside Council for Wales (Natural Resources Wales), Brecon Beacons National Park Authority, and the Wildlife Trusts. In particular, we would like to thank members of the local voluntary recording community who have provided over 50% of our records (January 2021). The specialist, county recorders not only co-ordinate the collection of records of their particular interest but also authenticate their identification. Without their input and advice an LERC such as BIS cannot operate. One role of BIS, therefore, is to provide a support network for local recorders to ensure that their efforts are valued and that resources such as software and IT support are made freely available.

BIS is an independent ‘not-for-profit’ company, providing services to its Partners, in accordance with Service Level Agreements and also providing professional commercial services to other environmental organisations and consultants.

The membership delegates the management of the company to the Board of Directors (see below). The roles of the Directors are detailed in the company’s Memorandum and Articles of Association but are summarised in the BIS Organisational Table, along with those of the Support Group (see below) and the BIS Manager (see below). A visual representation of the overall internal and external BIS relationships is shown in the BIS Organisational Diagram. Operational planning is undertaken with reference to our Annual Work Plan and Annual Budget Plan.

Jo studied Marine Biology at the University of Wales Swansea followed by a course in Countryside Management. After gaining wildlife conservation experience with various NGO's and local authorities she worked for the Wildlife Trust of South and West Wales as the Warden on Skomer and Skokholm Islands for six years. After returning to mainland life she moved to Yorkshire to work as an Ornithologist and then as a Reserve Manager for Yorkshire Wildlife Trust. Jo moved back to Wales in early 2018 to begin work at BIS as the Senior Biodiversity Information Officer, along with studying for an MSc in Biological Recording with Manchester Metropolitan University. In 2022 Jo became the Manager at BIS.

Jo works 5 days a week and is the key contact for project work as well as current and potential partner services.

Ben joined BIS in 2017 to promote and support the wildlife recording community in the BIS area. He promotes the work of our local recorders and creates new opportunities for people to get involved in biological recording. Ben organises events, training sessions and informative talks to promote wildlife and the identification and recording of it. He edits the twice-yearly Recorders Newsletter and promotes the work of BIS and the recorders on social media, the BIS website and in the regular BIS Bulletin. with over 15 years of experience working with volunteers and promoting activities in the conservation sector, a Marsh fritillary habitat restoration project in the Upper Tawe Valley brought him to Wales in 2011. After a spell at the National Trust and the burial ground conservation charity, Caring for God’s Acre (CfGA), Ben joined BIS in 2017, a role he initially combined with CfGA before becoming full time at BIS in 2018.

Ben works 5 days a week and is the key contact for events, recording, training courses, publicity and social media.

Berwyn joined BIS in 2021 to manage the website and computer systems. He maintains the website code and, hopefully, keeps the company's systems running smoothly. Previously he worked as a developer specializing in performance and accessibility, and is actively involved in the movement to reduce the web's carbon emissions. For four years he served as the company secretary for Spring Greens Fair, a community benefit society that ran a family-friendly local energy and environment fair in the Welsh marches.

Berwyn works 2 days a week, usually Monday and Wednesday, and is the key contact for technical problems on the website.

Laura works as a Biodiversity Information Assistant for BIS and WWBIC. She is a keen recorder with a broad interest in natural history. She lives on a smallholding where she is trying to enhance the habitats and increase biodiversity. She is an active member of the Carmarthenshire Meadows Group and runs the Big Meadow Search project.

Laura works for BIS one day a week, usually a Monday, and works on data validation, verification and entry.

BIS Board of Directors

Do you have wildlife records you are willing to share with BIS? Click here to access our Wildlife Recording Database and build your own collection of records.

If you would like to submit a data enquiry click here. You will find information about BIS services as well as on-line forms you will need to complete.

What's In My Area